NEMA has partnered with Guardian Insurance MX to offer the following travel and health insurance plan.

The plan is offered by Seguros Atlas, one of the largest insurance companies in Mexico that was established more than 70 years ago. With a “AAA” rating by Fitch Ratings, Standard & Poors and AM Best that confirms their dedication and excellence in offering coverage when most needed.

The insured sums, benefits, and prices are person. These policies also offer;

Please note that these travel policies DO NOT cover medical assistance related to a preexisting conditions.

If you are interested in purchasing this policy, you may do so by contacting Luis Leon, health@guardianinsurancemx.com or call (844) 346 2946.

The National Equality Media Association, the nation’s only non-profit organization dedicated to serving LGBTQ media, will hold its annual conference in Puerto Vallarta, Jalisco, Mexico on Oct. 27 to Oct. 30, 2019. It will mark the first time in NEMA’s history that member LGBTQ publishers and owners will convene outside the United States to discuss the important issues facing LGBTQ publishing. 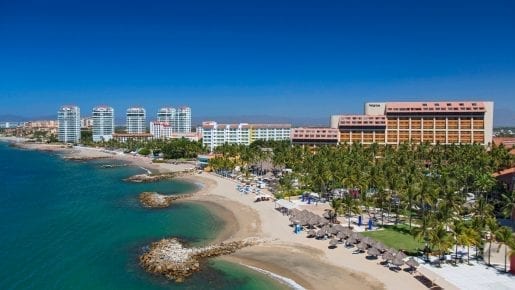 Puerto Vallarta is rich in culture and diversity and has become a popular LGBTQ tourism destination and is also home to NEMA member publication Out & About PV.

“We are very excited to be able to bring publishers and owners together to discuss new and emerging business strategies that will help LGBT publications survive and thrive in an increasingly challenging publishing environment,” said D.J. Doran, president of the association.

Speaking at this year’s conference will be Bob Witeck from Witeck Communications discussing the importance of legacy and local LGBTQ publications and their impact on the communities which they serve; Matt Skallerud of Pink Banana Media and how to better engage with readers through digital platforms and  Jerry Cunningham, owner and publisher of OUT FRONT on how to develop and grow tertiary revenue streams.

Bob Witeck is president of Witeck Communications, Inc., and for nearly four decades a pioneering communications strategist dedicated to the advancement of lesbian, gay, bisexual, transgender and queer communities around the world. He is a communications consultant, author, speaker and researcher. His firm – the longest established LGBTQ-owned business enterprise certified by the National LGBT Chamber of Commerce – is based in Washington, D.C.

Jerry Cunningham is a former NEMA board member and owner and publisher of OutFront Magazine, a mainstay in Colorado’s LGBT community since 1976. Cunningham purchased the publication in 2012. He attended the University of Colorado in Boulder and has a degree in Business Management & Marketing from the University of Regis in Denver. Before taking the helm of Out Front, Jerry was the publicist for the City of Arvada, where he promoted the work and stagecraft produced at the largest multi-disciplinary arts organization in the nation — Arvada Center.  Before that, he owned an event production and decor company, producing intimate social gatherings for his clientele, which ranged from Denver’s elite to fortune 500 corporations. He is also an amateur rodeo clown and has been active in the LGBT rodeo circuit for about 30 years. His partner of 20 years, J.C. McDonald, is also a rodeo cowboy.

Marriott Puerto Vallarta Resort & Spa and The Westin Resort & Spa Puerto Vallarta will serve as host hotels for the conference.  Both hotels have a long history of service with the LGBTQ community, and the Marriott was granted LGBTQ certification by the Jalisco Tourism Secretariat and Talento Consultores in 2017.

“As part of Marriott International, the world’s favorite travel company and recognized leader in the hotel industry on topics of diversity and inclusion, we are proud to show our support to the LGBTQ community and to host the 2019 NEMA conference, welcoming LGBTQ publishers from all over the United States,” said David Gauna, general manager of Marriott Puerto Vallarta Resort & Spa and area general manager for Puerto Vallarta, Punta Mita and Guadalajara

Luis Villaseñor, public relations director for the Puerto Vallarta Tourism Board, said he had worked closely with the NEMA conference committee to try and bring the conference to Puerto Vallarta, believing those who have never been will see how special a place Puerto Vallarta is, and how welcoming it is for the LGBTQ Community.

“The town has established itself as a premier LGBTQ travel destination, and we are proud to showcase that,” he said.

NEMA membership serves the content demands of the LGBTQ markets by delivering relevant, personal, authentic content via traditional print media and integrated digital and social media. NEMA is the access point for opening the door to a $900 billion market. With established presences in highly sought-after media markets such as San Francisco, Los Angeles, Denver, Houston, Nashville, Salt Lake City, Phoenix, Chicago, New York, and Orlando, NEMA is the tuning fork and connection point to the thriving and lucrative LGBTQ market.